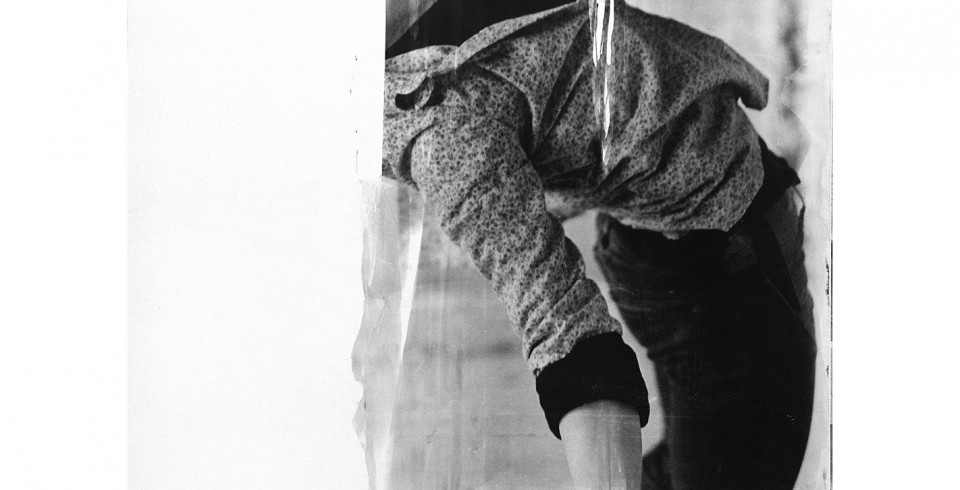 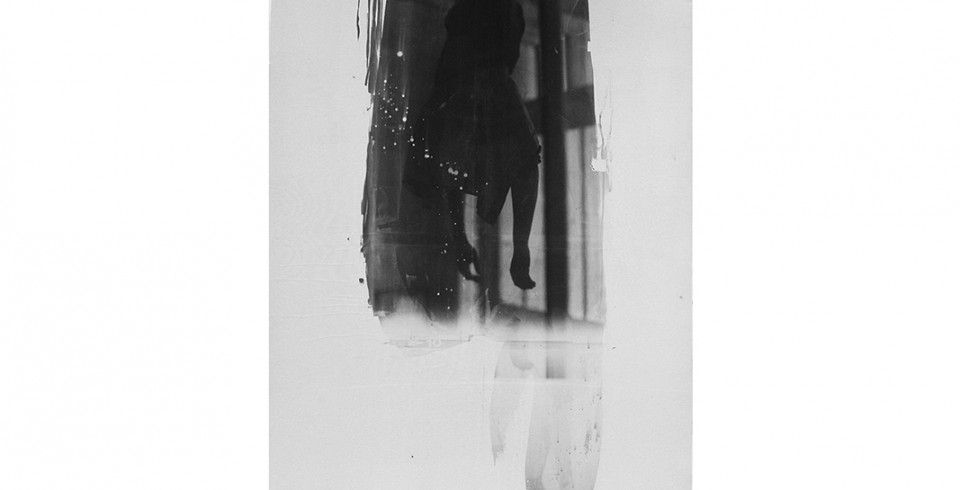 The body will Thrive,
Entrusted with the mission of merging the memory of the photographic medium and of corporeal surfaces in movement, the artist Lore Stessel was drawn to contemporary dance. That interest in Flemish and European choreographic art nicely completed her academic training in visual arts. The building situated Rue du Houblon 63 in Brussels, once housed the studio of painter and photographer Lore Stessel. When asked to inhabit one of those rooms for the contemporary bed & breakfast project DRUUM, the artist went a step further and set herself up as a plastic choreographer. Two dancers explored the heritage of the place haunted both by the rituals that were performed in the neighbourhood, the so-called “coin du diable”, and by the memory of the Jews who found shelter in the house during the Second World War. On the wooden ceiling beams that have been recreated by Lore Stessel, dancer Ana Cembrero Coca oscillates between hanging and falling, her body like heavy with history. In the second piece, Emmanuelle Vincent performs, within the limits of a rectangle of 4,5 by 6 meters, a more ritualized dance, reminiscent of the ancestor worship cult. The traveller who sleeps in this room of memory will be allowed to immerse into the performances through the films and to meditate upon the canvasses, in which photograph and painting converge physically in an attempt to uncover the movement’s tension within the frame.

This entry was posted in Hotel Room. Bookmark the permalink.